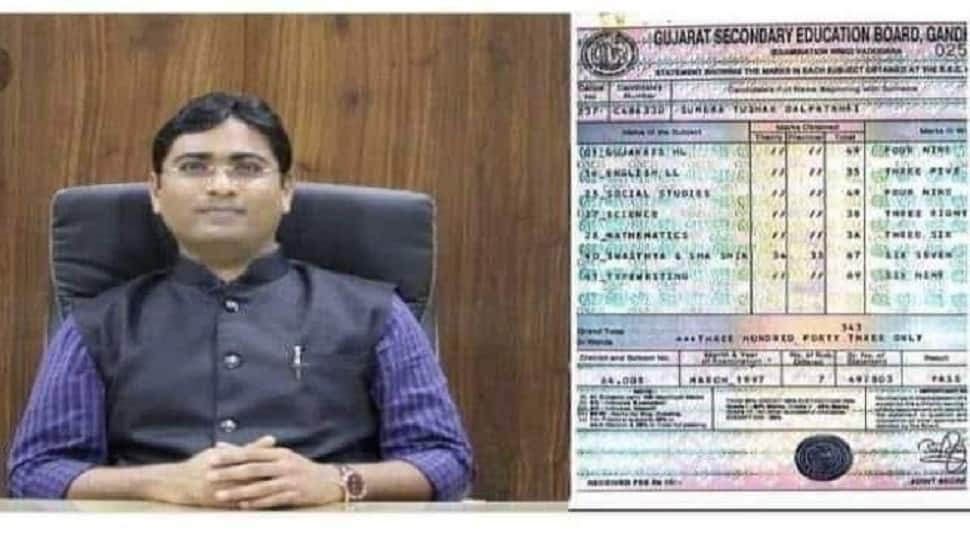 New Delhi: Students of class 10th and 12th across the country, who appeared for the board exams this year are anxious as the season of board exam results is in full swing. What makes the students all the more anxious is the people around them keep saying that the board results decide the future of a student. Although the board exam result plays an important part in the trajectory of a student’s career it does not decide the future or set the proportionality of the talent residing in the student with marks. Still, if you are wondering about the level of importance of board results then here’s the story of an IAS who just got passing marks in his 10th board exams and was told by others that he would not be able to succeed let alone do anything in his life.

Tushar D Sumera, who is the district collector of Gujarat’s Bharuch got only passing marks in his class 10th board results and people not only from his locality but also the school said that he would not do anything meaningful with his life. Sharing the story of Sumera, IAS Awanish Sharan on Twitter wrote, ” Bharuch Collector Tushar Sumera, while sharing his class 10th marksheet, wrote that he got only passing marks in class 10th.

“He got 35 marks in English, 36 in maths and 38 in science out of 100. Not only in the whole village but in that school it was said that they cannot do anything,” IAS Sharan added.

According to his Twitter bio, Tushar D. Sumera is presently the Collector and District Magistrate of Bharuch district in Gujarat. Sumera became IAS clearing the UPSC exam in 2012. He passed his intermediate or class 12th with Arts stram and became a teacher. He then prepared for UPSC and cracked the exam to become IAS. Sumrea has been mentioned by PM Narendra Modi for his work under the Utkarsh Pahal campaign in Bharuch.