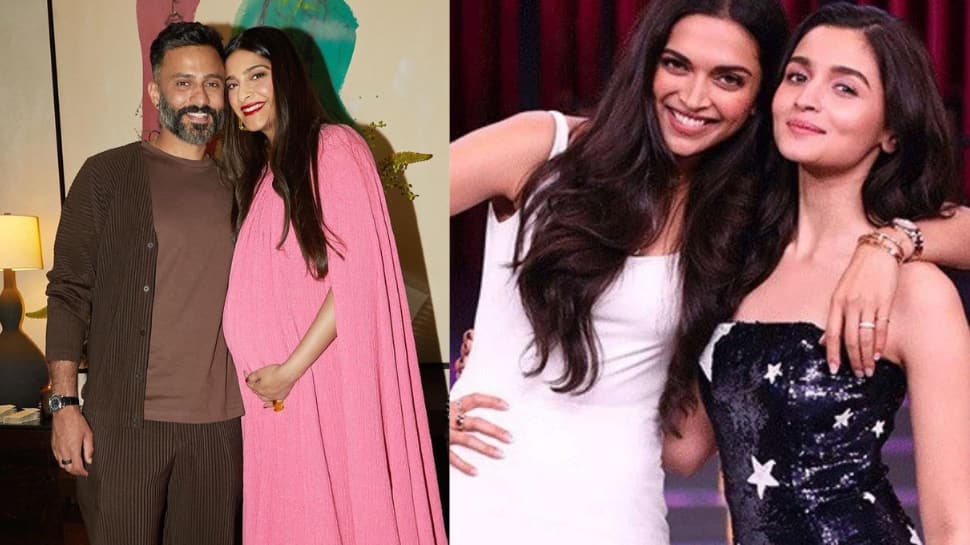 New Delhi: Mommy-to-be Sonam Kapoor is about to have another baby shower and it is going to be a star-studded affair. The actress earlier had a super chic baby-shower in London that was attended by her sister Rhea Kapoor. Sonam is now going to have a big baby-shower in Mumbai that will be hosted by her parents Anil Kapoor and Sunita Kapoor.

According to a report in Pinkvilla, Anil and Sunita will host the ceremony at Sonam’s maasi Kavita Singh’s bungalow in Bandstand Bandra named Rockdale.

“It is going to be a star-studded affair and the who’s who of Bollywood will be in attendance. Apart from Janhvi Kapoor, Khushi Kapoor, Shanaya Kapoor, Anshula Kapoor, Arjun Kapoor, and Mohit Marwah who are a family, Swara Bhasker, Kareena Kapoor Khan, Karisma Kapoor, Amrita Arora, Malaika Arora, Alia Bhatt, Natasha Dalal, Jacqueline Fernandez, Deepika Padukone, Masaba Gupta, Rani Mukherji are also confirmed to arrive for the function,” stated the report.

Earlier on Instagram, Sonam shared photos of her stunning baby shower in Notting Hill, London and wrote, “It’s all starting to feel real! This baby is now well on its way and I’m so thankful to @eieshabp for throwing the best welcoming party ever, bringing together so many of my favourite people and showering me with love and blessings in the most generous and beautiful way”.

Sonam Kapoor married entrepreneur Anand Ahuja on May 8, 2018. The couple lives in London together.