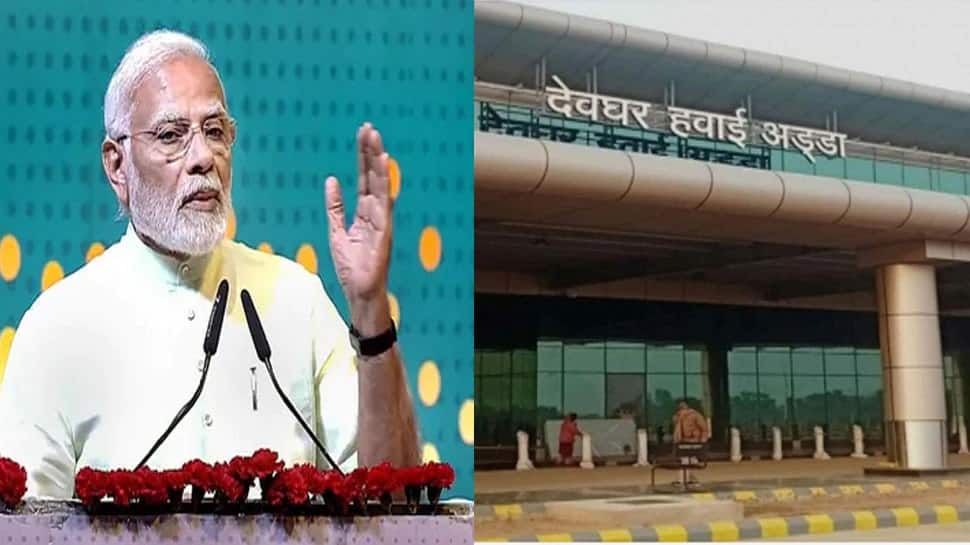 As a key step to provide direct connectivity to Baba Baidyanath Dham, the Prime Minister Narendra Modi will inaugurate the much awaited newly-built Deoghar Airport on July 12 (Tuesday). It has been constructed at an estimated cost of around Rs 400 crore. The Terminal Building of the airport is equipped to handle over five lakh passengers annually.

The newly constructed airport at #Deoghar is a big boost to Baba Baidyanath Dham-centric tourism in the region. Jharkhand’s second airport after Ranchi, will add to the prosperity of the state.#DeogharAirport pic.twitter.com/K9NSqdvYvG
— MoCA_GoI (@MoCA_GoI) July 10, 2022

The airport is ready to become operational as two flight run trials have been successful, officials earlier said. The Indian low-cost airline IndiGo recently announced that it will start flight operations between Jharkhand’s Deoghar and Kolkata from July 12. The Deoghar-Kolkata flights will operate four times each week from July 12, the airline said in a statement.

Aviation regulator DGCA had on June 29 granted an aerodrome licence to the newly-built airport in Jharkhand, allowing it to handle narrow-body aircraft such as A321 and B737. The licence has been upgraded from 3C to 4C, which permits commercial operations up to Airbus 321, Boeing 737 type, and equivalent aircraft. A 3C license allows an airport to only handle regional aircraft like ATR-72. It will also facilitate easy connectivity to pilgrims coming to Baidyanath Dhaam.

Also read: IndiGo to start flights on Deoghar-Kolkata route from July 12, to operate 4 times a week

When operational, the airport will be the second of international standards in Jharkhand after the Birsa Munda international airport in Ranchi and will provide air connectivity to Jharkhand, northern West Bengal, and south-eastern Bihar.

(With inputs from agencies)