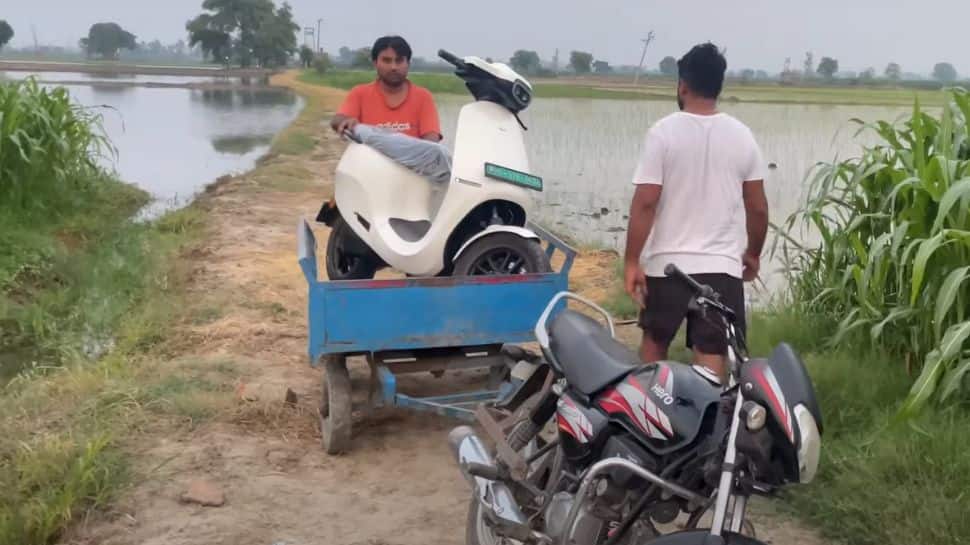 While Ola is stepping up its game, achieving new milestones in terms of bookings and sales while simultaneously planning to start a new venture in the form of Ola Electric cars, several customers are not very thrilled about the company’s products. There have been numerous incidents of problems being reported in the Ola S1 Pro from its users. In the series of such incidents, a new incident has come to light where one of the owners of the electric scooter had to tow the scooter back home.

The video from Haryana was originally posted on social media platforms by an account named Sandhu Vlogs. The video shows an Ola S1 Pro electric scooter parked in the middle of the fields. Based on the video, the owner parked the scooter and went on to do his work, but when he came back, the scooter didn’t start. Even after much effort, the scooter didn’t respond to anything and had to be carried back home.

The scooter had a 55 per cent charge when he took it out, according to the footage. He didn’t specify how long he used the scooter. He did, however, mention in the video that he had a comparable predicament in which he rode the scooter for 50 km with a full charge but was unable to travel 25 km in normal mode. However, there is no video evidence of the same.

This is not the first time there have been complaints about the Ola Electric scooter’s range. There have been multiple such incidents in the past where the owners complained about the issue. However, the company took note of such incidents and introduced MoveOS 2.0 software update to address the range, along with a few other new features. In addition, there are a few customers who have a range of 200 km on their Ola scooters.