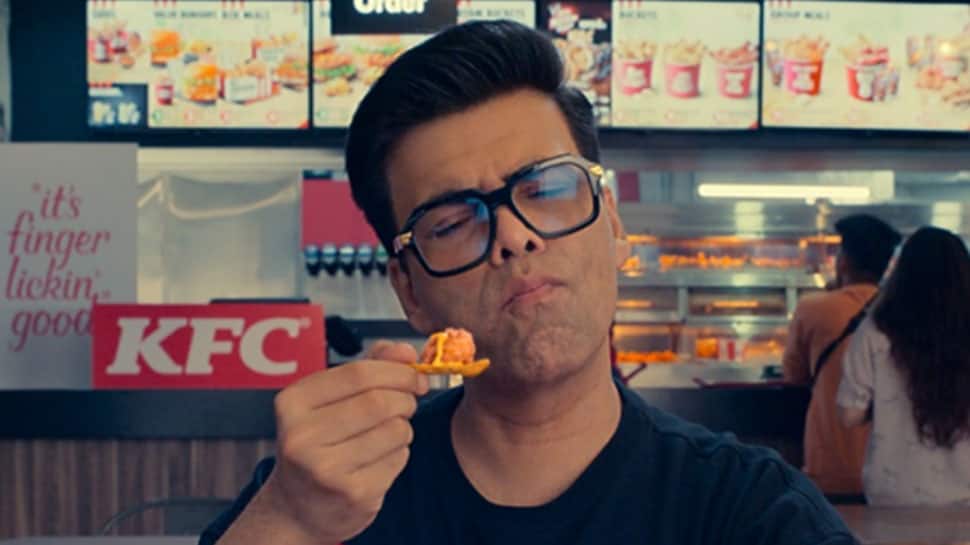 New Delhi: The maverick Indian filmmaker Karan Johar is a huge brand in itself. He has a massive body of work, commercials, brand endorsements and much more in his kitty. Recently, the filmmaker collaborated with KFC India for their newest offering, Popcorn Nachos. In an exclusive interaction with Zee News Digital, Karan Johar opened up on his food preferences, diet plan and where he went in London after the famous video of being turned down by a restaurant featured online.

Q. How much of a foodie are you considering you follow a diet to stay fit?

A. If films are my first love, then food is my second. I am a foodie at heart, but I’d say my relationship with food has evolved in the last couple of years. I’ve been following a balanced nutritious diet but that doesn’t mean I don’t get to indulge in things I love. I enjoy a good Indian meal, ice cream and fried chicken, once in a while. And when it comes to fried chicken, what better than KFC!

Q. Tell us about your association with KFC. What’s special about Popcorn Nachos?

A. What could be better than something with brings together my two loves in life – drama & food? I never thought that something could top the emotions and drama of my films. But just a bite of the flavourful KFC Popcorn Nachos, I realized yeh snack nahi, drama hai! The all-new offering by KFC is packed with twists and crisps, just like I like my scripts and life to be. This collaboration has been nothing less than a scrumptious ride.

A. I’d say mostly European cuisine. My travels to Italy, Paris, London and other cities, introduced me to some amazing food experiences and it has a special place in my heart. Which is also why I brought this experience alive with – Neuma – my first food venture. Needless to say, being a Punjabi, I love my rajma-rice and aloo parantha as much.

Q. What is keeping you busy these days?

A. My team and I have some exciting projects lined up. We’re all pumped up as the release of Brahmastra is just a few months away. The new season of Koffee With Karan is also making its OTT debut on July 7. So, gear up for some masaledaar entertainment and for those who love extra drama, grab some KFC Popcorn Nachos and get crunching!

Q. What’s your fav KFC snack from their menu?

A. Currently, I am loving the all-new Popcorn Nachos. It’s the perfect combination of KFC’s signature fried chicken and crunchy Nachos. Interestingly, during my recent trip to London, Sara and I were famished and while we wanted to try this particular restaurant, eventually we both landed in KFC. We were actually glad as we got to gobble all that golden, hot & crispy fried chicken in cold London weather. Ah, what a time!