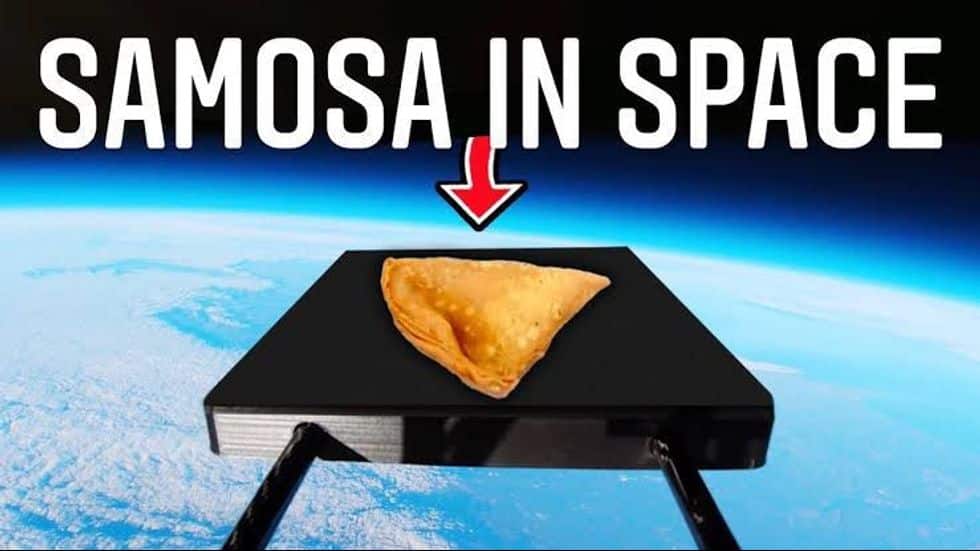 There are tons of talented beings who have gone ahead in walking their way to the top by working around ideas that can thrust them forward in their respective industries and help them stand tall and unique from the rest. These individuals, mainly from the younger brigade, have been those who have shown excellence at every step of their way and also inspired other budding talents around the world. The social media world is a world of its own and has so far produced some of the greatest talents, including a young talent named Mo Syed, an Asian British that has carved a unique niche for himself in the field.

He gained massive momentum with one of his viral videos as a YouTuber and editor, “I Sent A Samosa To SPACE, Then Ate It” (Check out the video here) and showed the whole process of coming up with this idea and working around the same, saying that his favourite Indian snack has always been Samosas and so he thought of representing his Indian culture and send a piece of it to space. From keeping an eye on the weather, and regular updates on emails regarding the project to deciding on the launch site and executing this incredible project, he and his team did it all. They installed a tracking device as well, which helped track the Samosa along with a parachute for it to open and land safely in space. The project was launched, and it did land in space, lifting 70K feet in the air during the freezing cold temperature of almost -70 degrees.

The Samosa then landed back, and Mo Syed did taste it as he promised the “Space Samosa.” Though it didn’t end up tasting delicious, Mo Syed is just proud of how far he went to make this project a success.

We need more such experimental YouTubers who make sure to create exceptional experiences for everyone involved and, of course, for the audiences.

For more videos, check out his YouTube channel Mo Syed

(Above mentioned article is Sponsored Feature, This article is a sponsored publication and does not have journalistic/editorial involvement of IDPL)