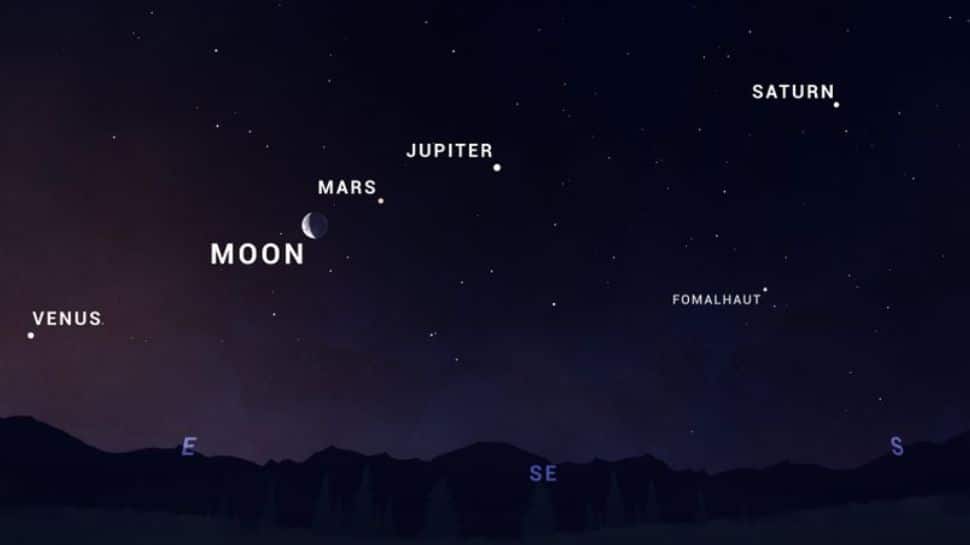 New York: Five major planets — Mercury, Venus, Mars, Jupiter, and Saturn — in our solar system are lined up in a row for rare planetary conjunction visible to the naked eye. In a clear sky, the planets can be seen shining before dawn. It is a special opportunity to see Mercury, which is usually obscured from view by the Sun`s bright light, the BBC reported on Friday.

The conjunction was brightest on Friday morning but will remain visible until Monday from most parts of the world.

Planets align. It’s fine. What is time? Does that even rhyme?

Look up starting tonight to see Venus, Mars, Jupiter, and Saturn spread out and appear to line up in the sky. The crescent moon joins them on June 23: https://t.co/36QwkIxfaw pic.twitter.com/uh5V9W2q45
— NASA (@NASA) June 19, 2022

The last time this conjunction happened was 2004 and it won`t be seen again until 2040, the report said.

The planets appear “like a string of pearls spread out from close to the horizon”, explains space scientist and chief stargazer at the Society for Popular Astronomy Prof Lucie Green.

It is also a special event because the planets appear in the order they are positioned from the sun.

That is not always the case for planetary conjunctions because of our perspective from Earth looking into the solar system, Prof Green says.

On Friday, a crescent Moon also joined the line-up, appearing between Venus and Mars.