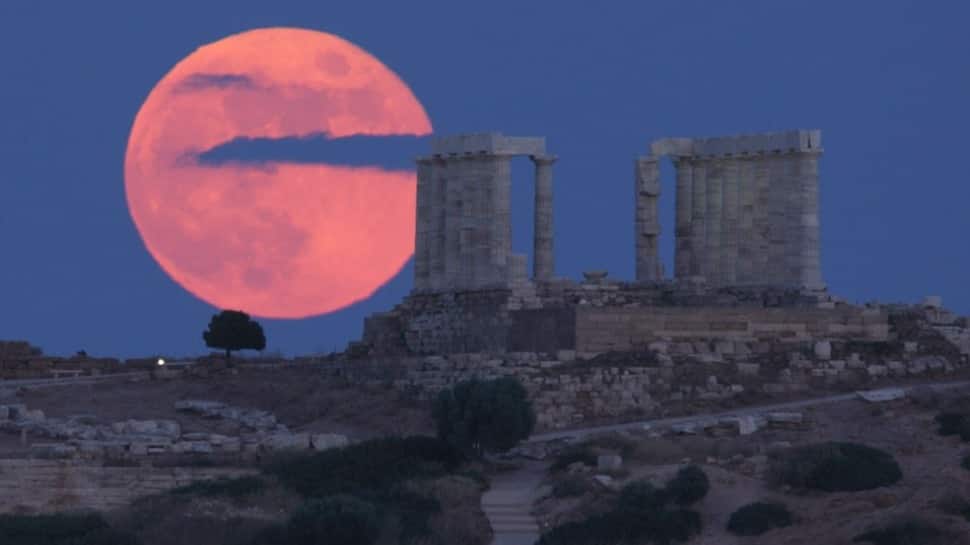 Full moon 2022: Skywatchers are in for a treat again as the next full moon, also known as the Strawberry Supermoon, will be at its peak on Tuesday (June 14, 2022). According to the National Aeronautics and Space Administration (NASA), the June full moon, which is celebrated as “Vat Purnima” in India, will appear opposite the Sun in Earth-based longitude at 7:52 am EDT (5:22 pm IST) on June 14.

“This will be late Monday night for the International Date Line West time zone, Tuesday for many of the time zones on Earth, and Wednesday morning from the Chatham Standard Time zone eastward to the International Date Line. The Moon will appear full for about three days centered on this time, from Sunday evening through Wednesday morning,” NASA said.

What is a supermoon?

In this phase, the Moon looks larger and brighter than usual.

Supermoons only appear three to four times a year, and always happen consecutively.

The term “supermoon” was coined by astrologer Richard Nolle in 1979. Some Native American tribes called this full moon the “Strawberry Moon” because it signalled a time for gathering ripening strawberries and other fruits.

For Americans, the Strawberry Moon marks the last full Moon of spring or the first Full Moon of summer.

For Hindus, this is known as “Vat Purnima”. During the three days of this full moon, married women show their love for their husbands by tying a ceremonial thread around a banyan tree. The celebration, notably, is based on the legend of Savitri and Satyavan.