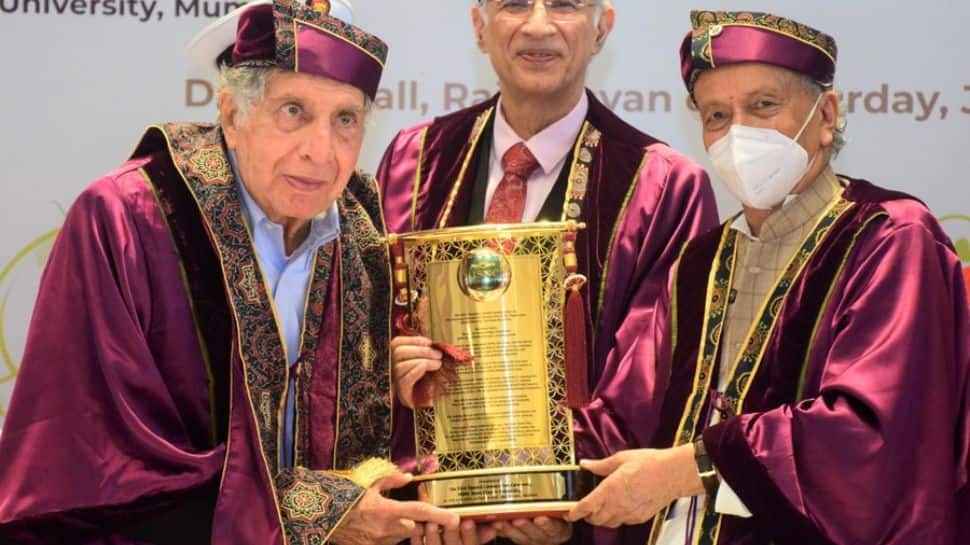 New Delhi: Tata Group Chairman Emeritus Ratan Tata has been conferred honorary D.Litt. By Maharashtra’s second state cluster university, HSNC University, as a mark of appreciation towards his unparalleled contribution for the society. The Governor of Maharashtra and the Chancellor of the university Bhagat Singh Koshyari awarded the degree to Tata at a special convocation ceremony of the university held on Saturday.

The university believes that Ratan Tata reflects the philosophy of development, education and upliftment of all, which also resonates with the vision of HSNC University, Mumbai and as a mark of appreciation towards his unparalleled contribution for the society, the university conferred him with its first-ever honorary degree.

“Ratan Tata is not just an industrialist or a corporate icon, he is a great human being who nurtures values of politeness, humanity and ethics. By accepting the honorary doctorate from HSNC University, Tata has honoured each one of us,” Koshyari said in his convocation address. (ALSO READ: Aadhaar Card Update: UIDAI to soon let cardholders change phone number, other details from home)

The Honorary doctorate was presented to Tata at the First Special Convocation of the HSNC University. pic.twitter.com/yMizlYGFOu

In his acceptance speech, Ratan Tata said, “This university has been constituted with a view of creating young people with the capability to lead our country in the coming future, with honesty, purpose, and responsibility. I am grateful to receive the honorary degree from the university, it means so much to me” (ALSO READ: Facebook sextortion scam: Mumbai Man loses 12.24 lakh in romance fraud! Check 5 tips to stay safe)