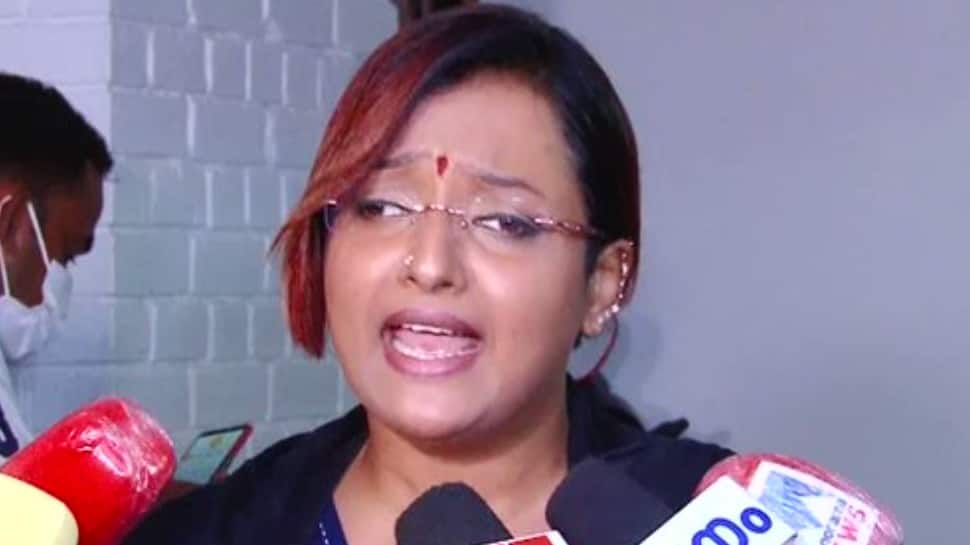 Palakkad: Gold smuggling case prime accused Swapna Suresh made an emotional appeal before the media here on Saturday in the wake of her lawyer R Krishnaraj`s potential arrest saying `don`t hurt people around me`. According to her, it`s a deliberate attempt to isolate her.

“Why are they attacking me like this. I stick to the statement I gave. Don`t hurt people who are around me. Hurt me, please kill me so that the story will get over,” she said.

“Give me chance to live. Why are you doing this to my lawyer also now? Shaj Kiran told us that the lawyer will be affected, the case will be taken against him,” she added.

“Why are they attacking me like this. I stick to the statement I gave. Don’t hurt people who are around me. Hurt me, please kill me so that the story will get over,” she said pic.twitter.com/jN9uv9LfPQ

This came after police slapped non-bailable charges on her lawyer over a social media post that allegedly threatened to hurt religious sentiments.

The Kerala gold smuggling case pertains to the smuggling of gold in the state through diplomatic channels. It had come to light after 30 kg gold worth Rs 14.82 crore smuggled in a consignment camouflaged as diplomatic baggage was busted by the customs department in Thiruvananthapuram on July 5, 2019.

Swapna Suresh alleged that in 2016, M Sivasankar, the former Principal Secretary to the Kerala CM, had asked her to send baggage to Dubai which belonged to Vijayan. However, when the bag was brought to the consulate, it was found that it contained currencies and the entire gold smuggling business had begun from then.

Earlier this week, Swapna Suresh gave a confidential statement under section 164 (recording of confessions and statements) of the Code of Criminal Procedure (CrPC) alleging the CM`s involvement.

Amidst the political furore, the state government has appointed a 12-member team led by the Additional Director General of Police (ADGP) to probe Swapna for giving the 164 statements against the CM.

Swapna had also claimed that she was threatened by the CM`s mediator to withdraw her statement.

The case is being probed by the Enforcement Directorate, National Investigative Agency (NIA) and the customs department.