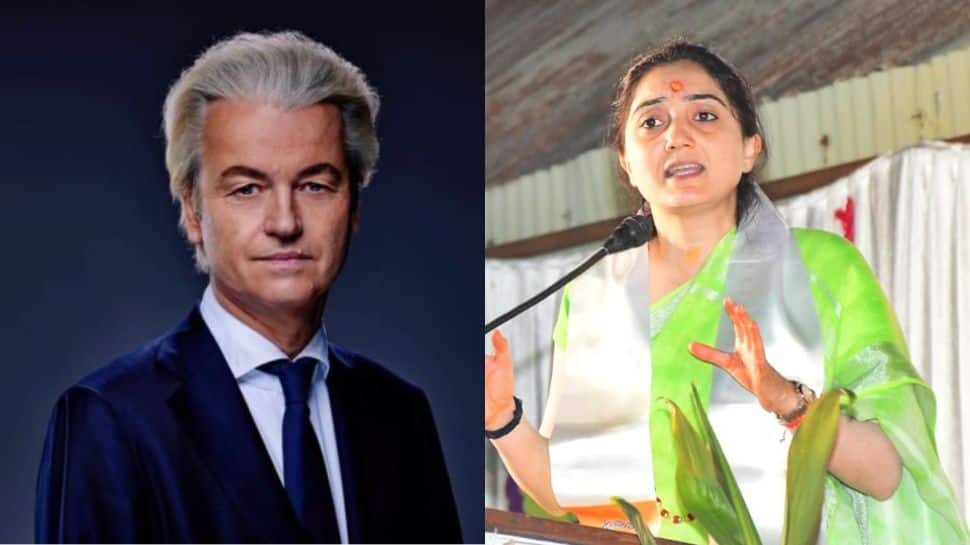 New Delhi: Dutch far-right politician Geert Wilders, who extended his support to former BJP spokesperson Nupur Sharma amid the controversies over her comment on the Prophet Muhammad, is currently receiving death threats. Geert Wilders, who is known for repeatedly taking a tough stance against Islamic extremism in his country, extended his support to a former BJP leader after she purportedly made controversial comments about Prophet Muhammed during a TV debate.

The Dutch politician took it to Twitter and shared multiple screenshots of threats. “So this is what I get supporting the brave #NupurSharma. Hundreds of death threats. It makes me even more determined and proud of supporting her. For evil may never win. Never. #IsupportNupurSharma,” he said in a tweet.

So this is what I get supporting the brave #NupurSharma.

It makes me even more determined and proud supporting her.

The screenshots Wilders posted on Twitter contained vulgar threat messages intended at the assassination of him.

Earlier, on June 6, he claimed that Nupur Sharma gave the right information. India should stand in her support. Wilders in a tweet, that supported Nupur Sharma’s controversial comments, has said, “It is ridiculous that Arab and Islamic countries are angered by Indian politician Nupur Sharma’s statement for speaking the truth about Prophet Muhammad who indeed married Aisha when she was six years old and consumed the marriage when she was nine. Why does India apologize?” The Dutch politician and member of the Legislature of the Netherlands, Geert Wilders, posted a series of tweets in support of the statement.

Appeasement never works. It’ll only make things worse.
So my dear friends from India, don’t be intimidated by islamic countries. Stand up for freedom and be proud and steadfast in defending your politician #NupurSharma @NupurSharmaBJP who spoke the truth about Muhammad.

Meanwhile, several parts of the country witnessed massive protests against the controversial remarks on Prophet Muhammad. Former BJP spokesperson Nupur Sharma has been in the eye of the storm ever since she purportedly made controversial comments during a TV debate. Two people were killed and many including security personnel were critically injured as violent protests rocked Ranchi. UP Police have arrested more than 130 people from six districts of the state after people pelted stones at police personnel in Prayagraj and Saharanpur and protests broke out after Friday prayers. Earlier on Friday, a huge crowd gathered at Howrah in West Bengal to protest. Earlier in the day, a massive crowd also gathered to protest at Park Circus in Kolkata adding to the resentment against the sacked leaders.