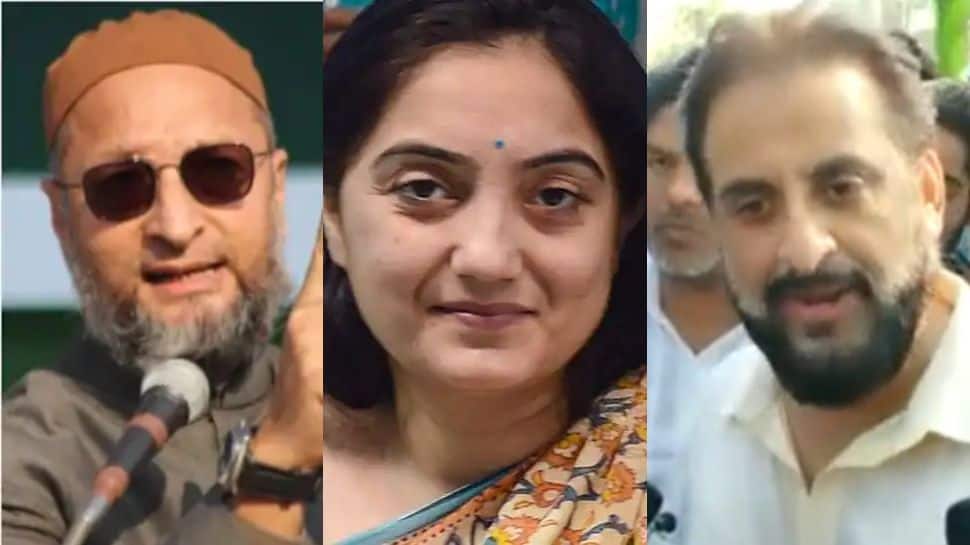 “We demand the arrest of Nupur Sharma and her timely trial and conviction in accordance with the law of the country,” the AIMIM tweeted from its official handle.

Earlier, on Friday, while talking to the media, AIMIM MP Imtiaz Jaleel had said, “Nupur Sharma should be hanged. If she’s allowed to let-go easily, then such things won’t stop.” Jalee also said that the law should be brought to take action on those who make such remarks.

Meanwhile, Sena’s Priyanka Chaturvedi slammed AIMIM MP Imtiaz Jaleel’s “Nupur Sharma should be hanged” remark on Saturday and termed it shameful and condemnable. Sena MP took it to Twitter and said, “As a responsible representative, the least he can do is calm the situation rather than fan it further.”

An elected MP calling for hanging over controversial remarks is absolutely shameful and condemnable. As a responsible representative the least he can do is calm the situation rather than fan it further. https://t.co/WNjZj3xL13

Women’s group to hold rally in support of Nupur Sharma

Women Pride Protection Committee is holding a rally in Ahmedabad today, in support of Nupur Sharma.

According to the statement issued by the organisation, Nupur Sharma’s statements on Prophet Muhammad has allegedly hurt religious sentiments of some and an FIR has also been made on her. She had no intention to hurt anyone’s feelings and now with the FIR the matter is sub judice. Hence, as a civil society, we must let the law take its course, the statement said.

Following Nupur Sharma’s remarks on the Prophet Muhammad on a TV deabte, protests have erupted in several states across the country. On June 5, the BJP high command suspended Nupur Sharma over her remarks and cases have been registered against Nupur Sharma for hurting religious sentiments in Hyderabad, Pune and Mumbai.