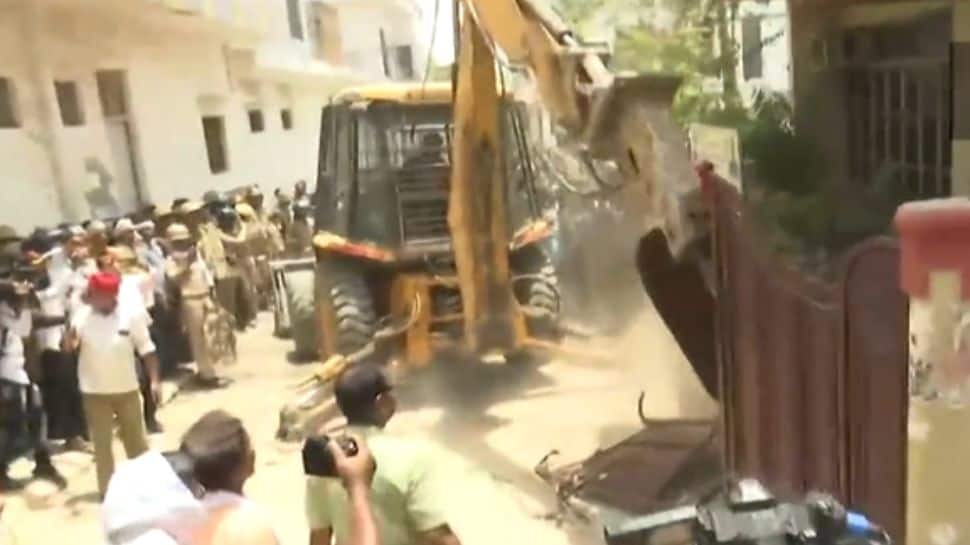 New Delhi: After violent protests shook Uttar Pradesh’s Prayagraj, the main accused for inciting violence in the district Javed Ahmed’s ‘illegally constructed’ house is being demolished. The demolition process began on Sunday (June 12) and as per visuals shared by news agency ANI, the demolition is currently underway. This occurred after Prayagraj Development Authority (PDA) had earlier put a demolition notice at the residence.

Earlier, UP Chief Minister had issued a warning against the perpetrators of violence in the state. “Strictest action will be taken against the anti-social elements involved in the chaotic efforts to spoil the atmosphere in various cities in the past few days. There is no place for such anti-social people in a civilised society. No innocent should be harassed, but not a single guilty should be spared.”

Under Adityanath, the state administration has been cracking down on criminals and riot accused, seizing or razing their properties. His critics have often accused him of adopting strong-arm tactics.

On Friday, people pelted stones at police personnel in Prayagraj and Saharanpur during their protests after Friday prayers in mosques against suspended BJP leader Nupur Sharma’s comments on Prophet Muhammad.

At least four other cities witnessed similar scenes during the marches that were carried out to protest against the controversial remarks on Prophet Mohammad.